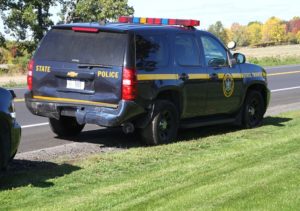 LIVINGSTON COUNTY – A driver apparently did not see a NYS Police vehicle assisting in an investigation on Rte. 63 on Friday.

According to first responders on scene, the Trooper was assisting the Livingston County Sheriff’s Office with an investigation into a car off the road on Rte. 63 between Abele Road and Jones Bridge Road near the Groveland town line when a vehicle rear-ended the trooper car at about 1:50 p.m.

The Trooper was uninjured and immediately checked the occupants of the other vehicle for injuries, including a toddler.

First responders say that the child was walking and talking at the scene. An ambulance crew checked the child for injuries.

The Livingston County Sheriff’s Office conducted traffic at the scene. Traffic flow was slowed to a single lane during the investigation. 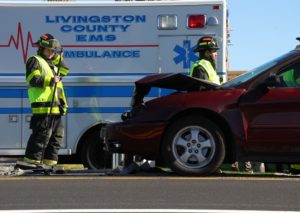 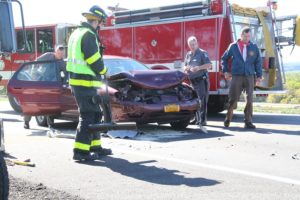