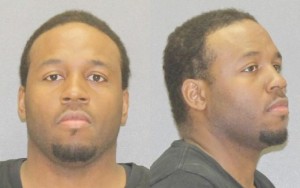 According to a press release from Sheriff Thomas Dougherty, James Brown, 31, was arrested for felony Aggravated Unlicensed Operation in the First Degree.

On April 20 at 5:24 p.m. Sheriff’s Deputy Jason Butterbrodt, who was assigned to “Operation Safe Interstate” did locate a disabled vehicle on Interstate 390 in the northbound lane, and the operator, Brown, allegedly said that he had transmission troubles.

A Department Of Motor Vehicles search did confirm that Brown’s New York State Driver’s License was suspended a total of 27 with 26 scoffs on 11 dates.

Brown was taken into custody and turned over to Deputies at the Livingston County Jail for pre arraignment detention. Brown was later arraigned in Avon Town Court by Town Justice Torregiano who set bail at $300 cash or $600 bond. Brown paid the bail and was released.