WEST SPARTA – A car struck a deer and ran off Redmond Road and rolled hundreds of feet on Friday.

According to first responders at the scene, a male driver and his female passenger were westbound on Redmond Road at about 11:20 a.m. when they crested a hill while a deer was in the roadway. The driver swerved to avoid the deer but struck it head on, ran off the road into a ditch, and the vehicle rolled several times before coming to rest at the intersection of Redmond Road and Green Road.

The extent of the two occupants’ injuries are unknown at this time. The driver was ejected.

Investigating State Police said that the driver was conscious and talking while first responders tended to him. He was transported to a hospital by helicopter.

The passenger was transported to a hospital by ambulance.

State Police said that there was no indication that the driver hit his brakes before striking the deer, but that he did swerve.

As of 12:36 p.m., New York State Police are reconstructing and investigating the accident. Traffic is closed on Redmond Road at Green Road. 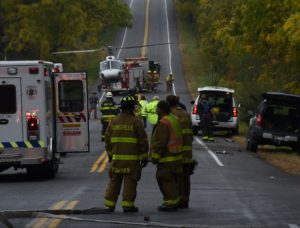 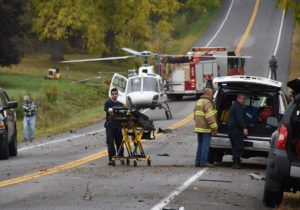 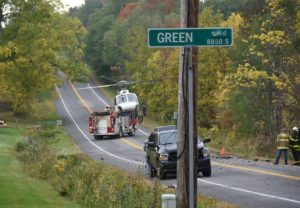 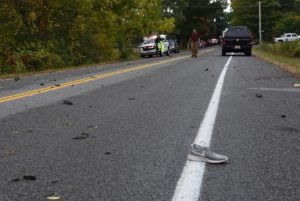 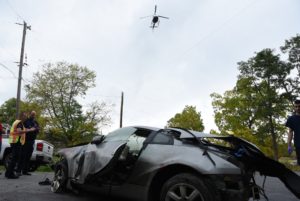