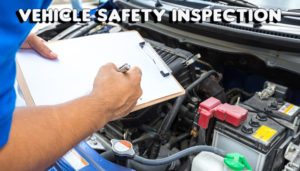 Gov. Andrew Cuomo issued an executive order that expired inspections, driver’s liscenses which he previously permitted to remain valid until now, must be accomplished by November 3rd.  The same deadline applies for expired driver’s licenses and vehicle registrations.

From March through early September, 739,000 fewer vehicles had been inspected in New York compared to the same period the prior year, according to the DMV.

“For those who have expired vehicle and identity documents, time is running out to bring them up to date, so I am encouraging you to act now and avoid a last-minute rush,” DMV Commissioner Mark Schroeder said in a statement.

Inspection and repair shops were deemed essential and remained open throughout the pandemic.  Still, this move will bring much needed added revenue to the State of New York.