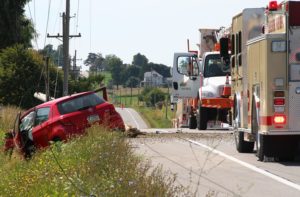 UPDATE: Leicester’s Lights Back On after Car Wipes Out Pole

LEICESTER – A car ran off of Rte. 20A and knocked down a utility pole Tuesday afternoon, causing a local power outage.

According to first repsonders at the scene, the car struck the pole at about 2:10 p.m.

No one was transported to the hospital as a result of the accident.

According to NYSEG’s website, 1,042 of their Leicester customers are currently without power.

The live power lines lay alongside the road for about an hour. NYSEG and Frontier are at the scene to repair utilities.

The Livingston County Sheriff’s Office blocked off a section of 20A between Keeney Road and Rte. 39.

Continue to check back to the GeneseeSun.com for further updates. 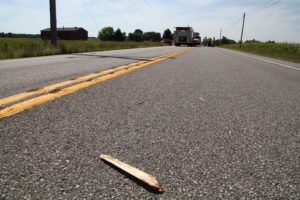 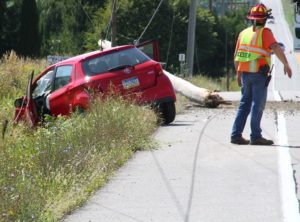