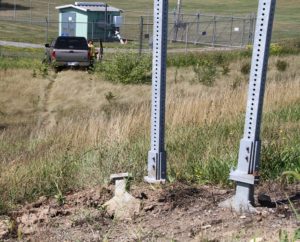 According to first responders on scene, the white sedan pulled onto Rte. 15 from the Exit 9 off ramp, into the path of an oncoming pickup truck at about 2 p.m.

The pickup then ran off the road, striking a road sign signaling the 390 north and south entrance ramps. One of the sign’s two anchors was dislodged.

No one was seriously injured. The female driver of the sedan was transported to the hospital via Avon Ambulance as a precaution.

The pickup contained at least two male occupants, one of whom walked with a cane. 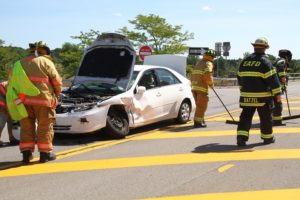 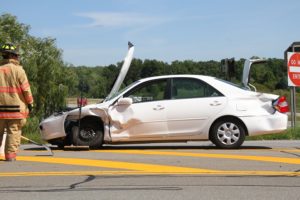 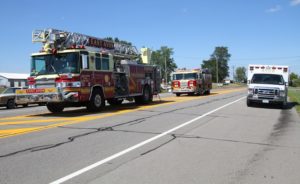 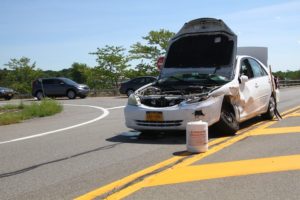