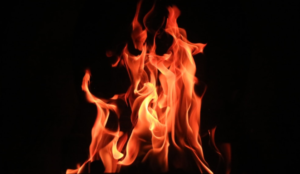 A   woods fire which resulted in five fire departments being called  led to a Canadice man being ticketed by New Yok State forest rangers. After finding a burn barrel to be the source of the fire, the rangers cited the property owner for starting the fire, because he was in violation of the burn ban which has been in effect since March 14.

John Smith, 74, of Old West Lake Rd., Canadice, was burning in a metal burn barrel when the fire jumped to an adjacent woods. Two wooden buildings were also damaged by the blaze, and Smith suffered from smoke inhalation and was taken to Strong Memorial Hospital.

Smith will appear in local court at a later date.