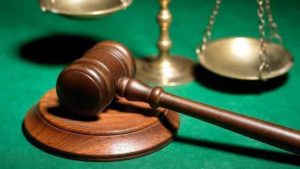 Martin Hogan, 53, of Montreal Canada, who was convicted of conspiracy to commit wire and mail fraud, was sentenced to serve 111 months in prison by U.S. District Judge Frank P. Geraci, Jr.

Assistant U.S. Attorney Melissa Marangola, who handled the case, stated that between September 2015 and March 2020, Hogan conspired with multiple co-defendants to defraud elderly victims using a fraudulent telemarketing scheme. Hogan placed telephone calls from Canada to victims in the United States, telling them that they had won the Canadian lottery. However, victims were told that they had to first pay the taxes, brokerage fee, and/or custom fees due in connection with the winnings. Some victims were instructed to mail cash to addresses in New York owned by co-conspirators. The cash was then smuggled over the border into Canada and given to Hogan. In total, elderly victims were defrauded out of more than $2,600,000.

Martin Hogan was on vacation in Jamaica where he was apprehended at the request of the United States and later extradited in January 2021. The money he used to pay for his vacation was money obtained from the scheme.