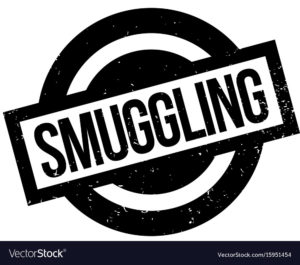 Xiao Liu, 27, a resident of Canada, was arrested and charged by criminal complaint with possessing with intent to distribute 100 kilograms or more of marijuana, and importation of marijuana into the United States. The charges carry a maximum penalty of 40 years in prison.

On January 10, 2021, a Customs and Border Protection Officer encountered the defendant in the commercial truck processing lane at the Peace Bridge Port of Entry. Liu was driving a commercial truck bearing Ontario license plates and stated that he was hauling a shipment of wax. The officer asked the defendant to open the sleeper cab curtain, which he did, but only partially. Unable to see inside, the officer again asked Liu to open the curtain and back up a few feet so he could see into the sleeper cab. Liu complied and the officer observed black bags filling the sleeper cab from the floor to the ceiling. When questioned, the defendant stated that the bags belonged to a friend and he was taking them to Buffalo. Liu was referred to X-ray inspection for further processing.

A scan of the tractor trailer revealed a large anomaly in the bunk area of the tractor. An officer then physically inspected the tractor cab. Upon entering the cab, the officer immediately detected a smell consistent with marijuana, and observed hockey bags stacked from the floor to the ceiling in the bunk area of the tractor cab. The officer opened one bag and noticed multiple vacuum sealed bags of a green leafy substance, suspected to be marijuana. Liu was taken into custody at that time. CBO officers then offloaded a total of 30 hockey bags which included 1,139 vacuum sealed bags of suspected marijuana weighing approximately 1,281 pounds.

The complaint is the result of an investigation by Customs and Border Protection, under the direction of Director of Field Operations Rose Brophy.