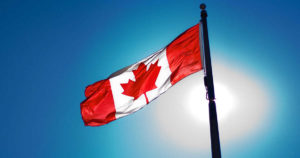 Canadian Prime Minister Justin Trudeau announced Wednesday that the Canadian border will be closed to Americans indefinitely, until the U.S. can “get a handle on the coronavirus,” as cases in the U.S. are hitting an upswing again.  The original ban on American-Canadian travel, which was begun in March, was set to expire Sept. 24, but it was never lifted, as cases of coronavirus in the U.S. began to rise again in most states.

There have been some exceptions to the ban for essential trade, but as border tourist attractions, especially in places like Niagara Falls, Ont., suffer large losses due to the lack of tourism business from Americans, Trudeau has been pushed to reopen the borders immediately, or at least indicate a near date when borders would be open.

Trudeau made the comment in a radio interview on Wednesday.  Canada has also seen cases of coronavirus, but not at the level seen in the U.S., which now has the number of cases on an upswing. In the last week, the U.S. has recorded about 60,000 new cases, while Canada has a little over 4,000.

Both Mexico and Canada have now banned non-essential and tourism travel from the U.S. until at least Oct. 21, but Trudeau noted that date is likely to be extended again.