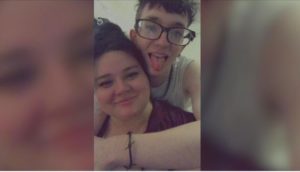 A 21-year-old Caledonia resident, Mikayla Ross, lost her life due to Saturday night fire in a Caledonia apartment house.

On Saturday March 20, at approximately 7:26 p.m., Sheriff’s Deputies, along with Officers from the Caledonia Police Department and the Avon Police Department, as well as Fire and EMS, were dispatched to an apartment house on Caledonia Avon Road (Rt. 5)  in the Town of Caledonia for a structure fire.  Once on scene, Sheriff’s deputies and officers had been advised that a single occupant was still inside the structure on the second floor of the structure. They attempt to enter the residence but the smoke and fire prohibited entrance.

Once Fire Departments were on scene, a hole was cut in the side of the house and the victim was extricated from the home. EMS attempted lifesaving measures, but ultimately those measures were unsuccessful, and Ross died at the hospital.  Her fiancé, Blaze Holler, was at work when the fire occurred.

Said Livingston County Sheriff Tom Dougherty, ““Our hearts are with Mikayla’s family and loved ones. This tragic fire and untimely death is heartbreaking. We are working closely with the county fire investigators and will do our very best to provide as many answers as possible in the near future.”

The Sheriff reminds anyone who may need assistance coping with this tragedy to contact the Sheriff’s Office at 243-7100 and we can connect you with mental health services through the county or other professionals.

The apartment was a total loss, and Blaze Holler lost everything. A GoFundMe campaign was started for Blaze called “Help Blaze Rebuild.” As of Wednesday, March 24 over $7,000 of the $10,000 goal had bee reached.