CALEDONIA – The man who sexually abused a 16-year-old family member in 2011 and 2012 is now released from prison.

According to the NYS Sex Offender Registry, he is now a level three sex offender, considered to be at the highest risk to re-offend. He lives on De Noon Road in the Town of Caledonia.

Frederick Symonds’ brother, Matthew Symonds, 45, pled guilty to Criminal Sexual Act in the Third Degree for acts committed against the same victim. He served one year and nearly three months and was released on March 18, 2015. He is a level two sex offender, considered to be at moderate risk to re-offend.

Both Symonds are currently on probation and have orders of protection that prohibit them from having any contact with the victim for several years. 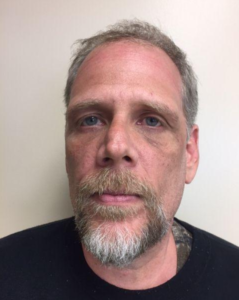