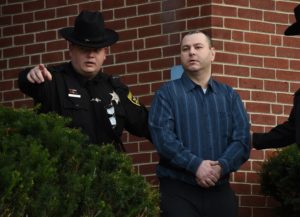 LIVINGSTON COUNTY – A jury convicted the man charged with murdering and burning a 64-year old woman.

The jury found Aykut Ozkaynak, 34, guilty of Murder in the Second Degree and Tampering with Physical Evidence, both of which are felonies. Defense attorney Steve Sessler requested an adjournment for the preparation of a pre-sentence investigation.

“You are judging the prosecution’s case,” said Sessler in summations, before the jury began deliberating. “You judge witnesses and their testimony by all the ways that you judge when someone is speaking to you. Does that person stand to benefit from what they are saying? […] If there is a single reasonable doubt as to Mr. Ozkaynak’s guilt, he must be found innocent.”

District Attorney Greg McCaffrey summarized the evidence he presented all of last week, including photographs of the apartment Ozkaynak shared with his then-girlfriend, Mary Neverett, and the victim, Patrice Miller, 44. Neverett testified to how Ozkaynak smothered Miller with a pillow, they stuffed her body into a laundry tote, and they drove her to Lacey Road in Caledonia, where they burned her.

Neverett described her lifestyle with Ozkaynak. The two would ‘get high on cocaine’ when they weren’t working and ‘sold stuff and stole from Patrice.’ In the days leading up to the murder, State Police investigators found that Ozkaynak’s phone had sent texts trying to sell Miller’s car. Ozkaynak had repeatedly searched the names of famous serial killers, how to sell a cell phone, and whether mixing ammonia and bleach ‘can kill you.’

A federal inmate housed at the Livingston County Jail also testified at trial that Ozkaynak was asking him questions about ‘whether fibers can be recovered from somebody’s throat’ and eventually confided in him that he had murdered his girlfriend’s roomate.

In summations, Sessler called the testimony of Neverett and the federal inmate was suspect because both of whom could receive reduced sentences for testifying against Ozkaynak.

Multiple members of the victim’s family and Miller’s estranged spouse watched the trial since the beginning.

The jury deliberated for less than an hour.

Ozkaynak could face up to 25 years to life in prison. Judge Dennis Cohen will sentence Ozkaynak at a later date. 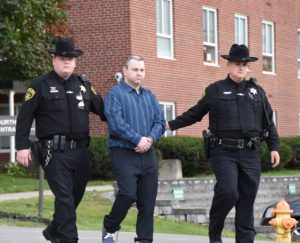 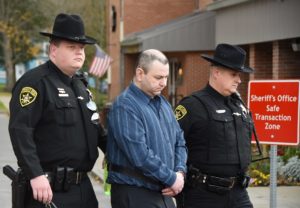 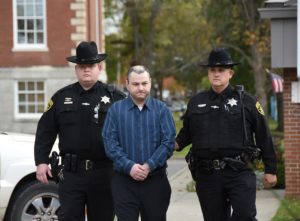