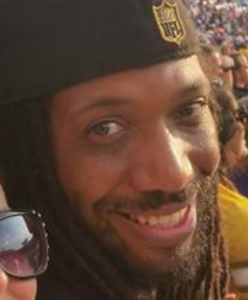 NYLON – A Caledonia native was among those arrested during the People’s Solidarity March and Rally on Saturday in Rochester.

According to our news partner News10NBC, Christopher Redman, 39, of Caledonia, was among those arrested for misdemeanor Inciting to Riot.

Redman’s Facebook page says that he currently lives in Rochester but is from Caledonia and went to Caledonia-Mumford High School.

As part of the global ‘Women’s March’ rallies, a ‘People’s Solidarity Rally’ started at Washington Square Park and made its way to a church at the corner of Clinton Avenue and Court Street in Rochester. Police say approximately 200 people gathered at the Liberty Pole to show solidarity with the rally. At 10:30 a.m., the group started to march to Washington Square Park to join the rally.

The rally began at 11 a.m., and police say several people attempted to intimidate others, cause disruption and solicit others to join their actions. Three people were charged with Harassment in the Second Degree, a violation, for allegedly punching a cameraman.