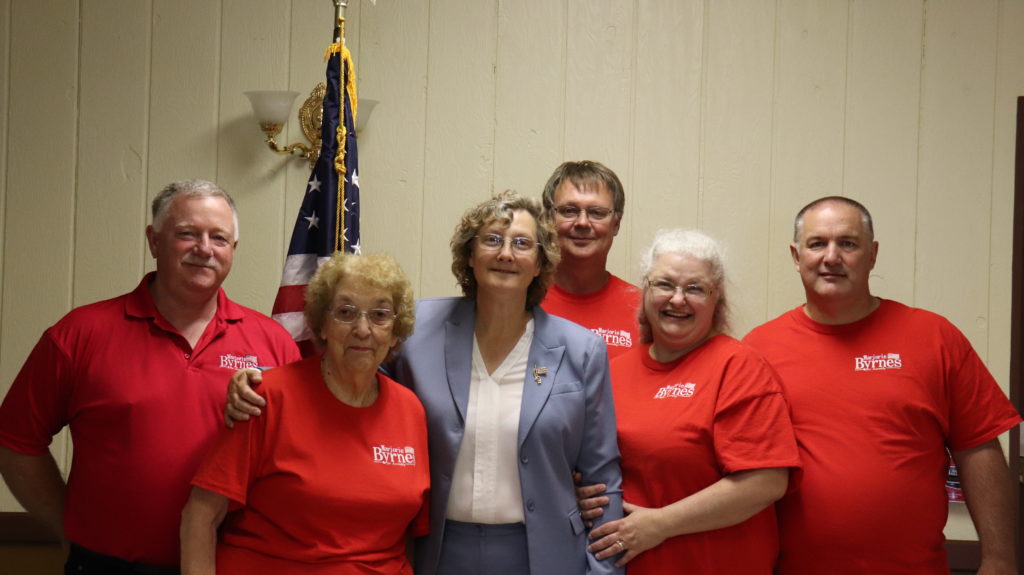 She welcomed friends and family in support of her hopeful path to winning the election based upon her campaign platform of returning local governments more control and supporting the growth and economic development of her community.

“It’s the first fundraiser we’ve had for the campaign and I’m really excited about it,” said Byrnes. “There’s a really good group of neighbors and friends here and I’m excited about the encouragement that I’m receiving.”

Byrnes is challenging incumbent Republican Joe Errigo in a party primary that will take place September 13th. There has been no official announcement from the Democratic party to whether or not they will have a candidate to run.