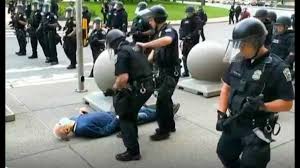 The defense lawyers agree that the video of two Buffalo policeman pushing the 75 year old man provides sufficient evidence for an easy decision – for acquittal.

While millions watched the video and said this was a “slam-dunk” evidence for guilt, the attorney’s contend that if falls far short of what the law demands for a conviction.

“It might not even get out of the grand jury,” said Rodney O. Personius, a criminal defense lawyer with a history of representing officers. “I think there’s an opportunity to take this to a panel of citizens. You might even have your client consider testifying before the grand jury.”

All of the defense attorneys, each with a background in such cases, believe the video can be used to defend both police officers.

If there is an indictment, Personius thinks the case will almost certainly go to trial given the consequences facing the officers – up to seven years in prison and termination from the force.