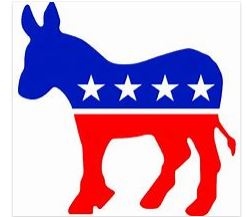 More than a dozen Bernie Sanders delegates and members of the New York State Democratic Committee filed a lawsuit in federal court on Friday against Democratic Elections Commissioners Douglas Kellner and Andrew Spano, both appointed by Governor Cuomo, for their role in removing candidates from the primary ballot, effectively cancelling the presidential primary in New York state.

An unprecedented measure was inserted into this year’s state budget which would make such a retroactive cancellation possible under certain circumstances. Although it is unclear who was responsible for the measure, it is highly unlikely that it would have appeared without the governor’s consent.

The plaintiffs, who include Sanders delegates from across the state as well as Democratic chairs and members from both the county and state committees, argue that a mail-based election can and should replace an in-person primary to guarantee the safety of New Yorkers, while also preserving their long established right to participate in elections to choose their representatives to the Democratic National Convention.

“Vice President Joe Biden had previously warned that President Trump could cite the pandemic as an excuse to postpone the general election. By cancelling the presidential primary, New York is setting a dangerous precedent for the Republican Party to do the same in the general. We must reverse this undemocratic decision,” said Simran Nanda, Nassau County Democratic Committee member, NYPAN executive committee member, and pledged Bernie Sanders delegate in NY’s third congressional district.

“The excuse that we would endanger voting New Yorkers is a farce, since we’re already carrying out state and local elections via absentee ballot.  Yes, poll workers will process these ballots, but they’ll already be doing so for other elections and can conduct their tallying in precisely controlled, disinfected areas,” said Stephen Carpineta, a listed plaintiff who’s the chair of his town’s Democratic Committee, a member of his county’s Democratic Executive Committee, a Sanders delegate for the Southern Tier’s 23rd congressional district, and communications director for NYPAN, who were the main initiators of the lawsuit.

“The sanctity of elections must be upheld, even in the times of crisis,” said Jay Bellanca, co-chair of NYPAN, pledged Sanders delegate in congressional district 21, and NY State Democratic Committee member.

“This is a question of defending basic voting rights and our endangered democracy. For NY State to retroactively change ballot access rules in the middle of an election season is a dangerous precedent. Heading into the crucial November election, already dealing with widespread voter suppression and a president who routinely flouts the law, we cannot afford that precedent,” said Kathryn Levy, Suffolk County Democratic Committee Member.