LIVINGSTON COUNTY – The Board of Elections is dispelling a myth spreading on social media about the upcoming vote on the New York State Constitutional Convention.

Board of Elections Democratic Commissioner David DiPasquale said that misinformation is rampant about one question that will appear on November ballots: ‘Shall there be a convention to revise the Constitution and amend the same?’ The Board of Elections wants to make amply clear that a person who does not vote at all does not influence the likelihood of a Constitutional Convention.

DiPasquale emphasized that voters have the right to vote as they wish. 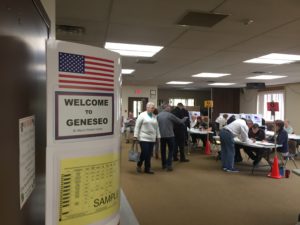