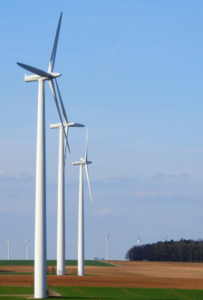 The 3-bladed wind turbines in Cohocton that have dotted the landscape since 2008 are showing signs of wear.

While pulling over a truck for speeding enroute to one of the Pine Hill turbines, Cohocton officer Mark Barnhardt learned that the truck was going to the site to investigate part of one of the blades flying off the turbine.  No one was hurt in the incident, but the upper half of the blade was found on the ground near its base, and other pieces found in a nearby wooded area.

Following the incident, the owner of the turbines, TerraForm, issued this public statement: “On the morning of January 17th, 2020, an incident occurred at our Cohocton wind farm in Steuben County, NY. One of the blades at our WTG5 turbine failed experiencing a direct split and liberation of the upper half of the blade. The liberated part of the blade was found within proximity of the turbine base. No injuries occurred as a result of this incident and the turbine has been shut down. The area around the turbine has been secured and a safety zone established. The company is currently investigating this incident. In the meantime, other turbines at the site are unaffected by this incident and currently operating under normal conditions.”

There are other turbines in the area also experiencing problems, although none have lost parts. Those not working are now offline, waiting to be refurbished with new nacelles and blades. The turbine losing the partial blade was not offline, and was thought to have been spinning when the part flew off.