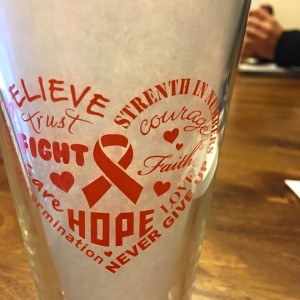 AVON – An outpouring of community generosity is backing an Avon mother of three in her quest to wipe out her cancer by taking to the soccer field, basketball court, raising a glass at Duffy’s Tavern, and donating a portion of a euchre tournament to her family.

Parents Pam and Casey Edwards are facing down significant medical expenses for her chemotherapy treatment and a stem cell transplant in the coming weeks.

“Pam is strong, always positive and focused on getting back to her beautiful girls Allison, Emily and Vanessa, her wonderful husband Casey and all of her supportive family and friends,” posted organizer Susanne Hartke to the Pour for Pam Facebook page.

First, on Sunday, April 3, Michael Miron of the Avon Soccer Club will host an indoor soccer tournament to benefit the Edwards family. A donation table will be set up at the game. The tournament will throw several regional teams into the mix. Participants are U10 girls: Victor, Greece, Gananda, and Avon; U10 boys: Fillmore, Livonia and Avon; and U12 boys: Cal-Mum, Newark, Fillmore and Avon.

$5 tickets will be available for the next fundraiser, a community vs school faculty basketball game.

Josh Harter, who was Spencerport Head Coach during the legendary J-Mac basketball game in 2006, is running the Community vs School Staff game on Monday, April 4, all proceeds to benefit the Edwards. Face-off is at 6:30 p.m. in the Avon High School gym. The halftime show will be courtesy of the Avon cheerleaders and Miss Natalie’s Dance Center.

On Saturday, April 16, family and friends are coming out in numbers for Pour for Pam at Duffy’s starting at 6:30 p.m.

This big push for the Edwards will include gift raffles, 50/50 raffles, drink specials and live music by Bob’s Brother’s Band.

The Pour sold more than 100 pint glasses for $10 as of March 31. To reserve a glass, tag Susanne Hartke in a post to Avon Pour for Pam.

The fight for Pam does not stop there. There will be a donation jar for the Edwards at Avon Soccer’s euchre tournament and fundraiser. A 50/50 raffle will run during each of the eight rounds of euchre, and earnings from every other round will go to the Edwards. The tournament is Saturday April 23 at 6 p.m. at Farview Golf Course.

“In Avon it doesn’t matter if you know someone well, we take care of our own in whatever way we can,” said Miron. 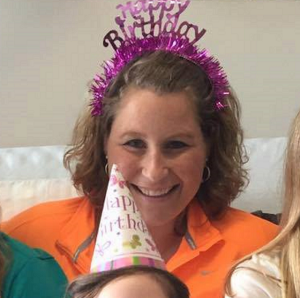