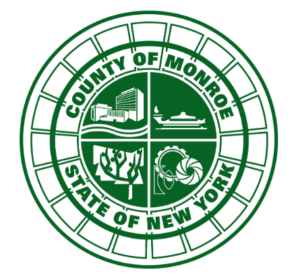 “October is Pedestrian Safety Awareness month, but crashes and fatalities involving pedestrians and bicyclists are a year-round problem,” said County Executive Bello. “Motor vehicle drivers must be vigilant even in the fall and winter months as bikers and walkers need
more road space due to leaf and snow buildup. These new initiatives will help educate our community about changing behaviors to make our roadways safer for everyone who uses them.”

On average, there has been 495 motor vehicle crashes in Monroe County involving a pedestrian or bicyclist each year for the past five years, and in 2021 those crashes resulted in 14 deaths. Most crashes happened in the City of Rochester, but data shows this is also an issue in suburban and rural areas.

Due to the high number of pedestrian crashes, Monroe County is designated a Pedestrian Safety Action Plan focus community by New York State.  The drive2Bbetter traffic safety campaign, launched in 2018, became inactive in mid-2021 due to funding challenges. The county is reactivating the campaign as an expansion of other Office of traffic Safety pedestrian and bicyclist safety initiatives. Additionally, the Governor’s Traffic Safety Committee recently increased grant funding for seven local police agencies to improve community education and traffic enforcement — the drive2Bbetter campaign helps strengthen those efforts.

Drive2Bbetter focuses on improving driver behavior by highlighting drivers’ need to slow down,  scan for pedestrians, and allow bicyclists at least three feet of space on the road. Messaging will appear in various advertising forms in the coming months, and the county invites community members to help spread the word through their networks.