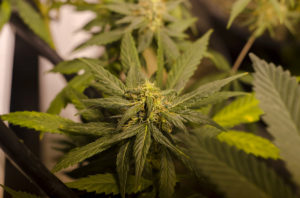 LIVONIA – The Livingston County Sheriff’s Office arrested a Livonia man on minor drug charges after a report of a shotgun pointing out of his window on Saturday.

According to a press release from Undersheriff Matthew Bean, Mark Arnold, 64, was arrested for Unlawfully Growing Cannabis and Unlawful Possession of Marihuana, both misdemeanors. Responding Deputies found that it was not a shotgun but a BB gun he had pointed out of the window.

At about 2:53 p.m., the Livingston County Emergency Communications Center (E-911) received a call of a man pointing a shotgun out of a window at 17 Commercial Street in the Village of Livonia.

Deputy Sheriffs arrived on scene and made contact with Arnold, who allegedly admitted that he was cleaning a BB gun that he recently brought out from storage when he pointed it out the window to look through the scope.

Arnold’s story checked out, but Deputies allegedly saw marijuana and multiple glass smoking devices lying in plain view on a desk during their interview.

The Deputies allegedly discovered a small marijuana grow operation, consisting of 51 immature marijuana plants. All of the plants were seized and the operation was disabled.

Arnold was taken into custody and charged with the misdemeanors. He was processed and released with pending court action.