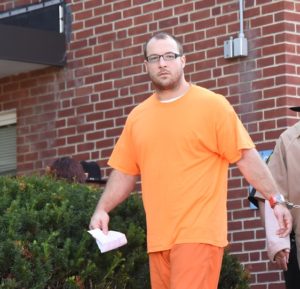 LIVINGSTON COUNTY – A judge sentenced a Dansville resident to prison for intending to use what law enforcement called a ‘battleaxe’ on another person.

Justin Ikeler, 33, pled guilty at an earlier court appearance to felony Attempted Criminal Possession of a Weapon in the Third Degree and was ultimately sentenced to one and a third to three years in prison. At Tuesday’s court appearance, Ikeler at first said that he might want to backtrack, saying that he may want to argue at a trial that he was too intoxicated to have intentionally tried to use the axe.

“I will allow you to withdraw your plea, but I make no promises that that argument will ultimately win the day or be successful in court,” said Judge Robert Wiggins.

After speaking with his attorney, Livingston County Chief Public Defender Marcea Clark Tetamore, Ikeler agreed to give up the chance to go to trial. The Dansville Police Department made the arrest.

“You mentioned that you were intoxicated to the point where your ability to recollect if not control yourself was compromised,” said Wiggins. “Is it my understanding that you are waiving any argument of intoxication?”

“Yes, I am waiving the intoxication defense,” said Ikeler.

Wiggins signed an eight-year no-contact order of protection for the victim.

Ikeler was sentenced as a second felony offender, making his sentence harsher than a first-time offender.

“You have a bad record,” said Wiggins. “You’ve been in trouble a lot. It’s time to stop. It’s time to be the person you can be and should be.” 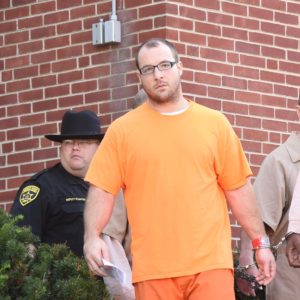