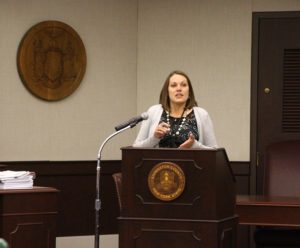 County Attorney David Morris said that the Conflict Defender’s Office would be county employees who provide legal counsel for indigent individuals whom the Public Defender’s Office cannot represent due to a conflict. Lindsay Quintilone, President of the Livingston County Bar Association, spoke on behalf of multiple local attorneys who thought that creating this new department could create a conflict, and state for the record that the Bar Association was not consulted before the date of the vote was set.

“The primary concern that I heard from members of the Bar Association is that a county-appointed conflict defender cannot also be an assigned counsel administrator, and it is our understanding that this law would appoint a Chief Conflict Defender who would serve not only as an attorney representing indigent defendants but would also serve in an administrative role to assign other attorneys from an assigned counsel panel,” said Quintilone. “We believe it may be a conflict of interests for that person to serve in both of those roles. […] I would also like to point out that the Bar Association was not consulted before setting the date for this vote.”

According to County Law Article 18-B, ‘Representation by counsel furnished pursuant to a plan of a bar association in each county or the city in which a county is wholly contained whereby the services of private counsel are rotated and coordinated by an administrator, and such administrator may be compensated for such service.’

Livingston County Attorney David Morris explained that the public hearing is not intended for the Board to answer any questions but simply to hear statements from the public on the local law. After Quintilone’s comments, Morris immediately approached the seven attending members of the Bar Association and stepped into another room with them to give further explanation.

The Board of Supervisors concluded their meeting’s other unrelated business. When it came time to vote on creating the Conflict Defender’s Office, Conesus Town Supervisor Brenda Donahue chose to abstain from a vote, saying that she was not comfortable going forward until the Bar Association’s concerns were addressed. Several supervisors agreed, and the Board decided to postpone the vote until the next meeting to make sure that the Bar Association’s concerns were addressed and their questions answered.

Applications are already being accepted for the position of Conflict Defender. Applicants must be practicing attorneys with at least five years’ experience in criminal and/or family court and live in Livingston County. The application does not list a salary but benefits include NYS retirement, health insurance, and paid time off.

After meeting with Morris, Quintilone put the Bar Association’s concerns in lay terms.

She also said that the meeting with Morris was helpful, informative and answered many of the Bar Association’s questions. Livingston County Public Defender Marcea Clark Tetamore said that she thinks the creation of the office makes sense.

“This new department is based on county Conflict Defender’s Offices in Ontario and Monroe Counties, both of which were ‘vetted’ if you will by the New York State Office of Indigent Legal Services, so I have no concerns that a Livingston County Conflict Defender’s Office would not be valid in the eyes of New York State,” said Tetamore. “I think that the office would be a good idea for three reasons. First, this Conflict Office would have full-time attorneys. Currently, the conflict defenders are attorneys who contract with the County part-time. It would be easier to get ahold of them. Second, from a financial point of view, the County can control the cost of the office. Contracting attorneys can fluctuate costs, but if this is a County department then they completely control the budget. And from the clients’ standpoint it makes sense because these conflict attorneys would represent conflict clients full-time instead of juggling several different courts, sometimes commuting to and from the county.”

The Board of Supervisors kept the public hearing open to accept any further comments before voting on Oct. 12. 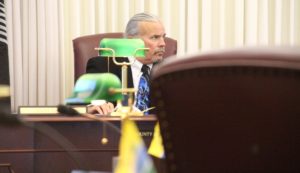 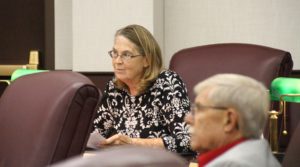 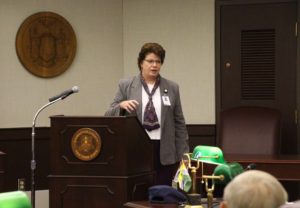 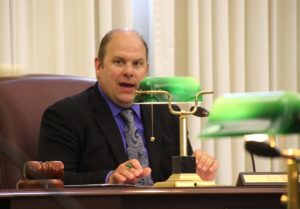 Eric Gott, Chairman of the Livingston County Board of Supervisors. Photo/Conrad Baker)