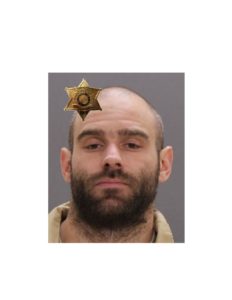 Sheriff Thomas J. Dougherty reports the arrest of a Hunt NY resident on felony charges, including  bail jumping, after a warrant was issued for his arrest.

Dean was taken into custody after a brief foot pursuit and charged with felony Bail Jumping in the Second  Degree. It is alleged that Dean failed to appear for sentencing in Livingston County Court on a felony drug  conviction. The court issued a warrant for Dean’s arrest in March of 2022.

Dean was transported to the Livingston County Jail where he was turned over to Central Booking Deputies for  processing and pre-arraignment detention. A search of Dean upon arrival at the Jail revealed that he was in  possession of suspected methamphetamine. As a result, Dean was also charged with felony Promoting Prison  Contraband in the First Degree and Criminal Possession of a Controlled Substance in the Seventh Degree by  Deputy Timothy Gemme of the Jail Division as the crime was committed within the confines of the Livingston  County Jail.