GENESEO – The Geneseo Police Department pulled a woman over for not having a seatbelt on and found a Batavia assault suspect in the passenger seat.

According to a press release from Geneseo Police Chief Eric Osganian, Tyrone Richardson, 41, was taken into custody on an arrest warrant from the City of Batavia for assault, Criminal Obstruction of Breathing, Criminal Mischief in the Fourth Degree and Unlawful Possession of Marihuana.

A Geneseo Police Officer pulled a car over on Rte. 63 for allegedly seeing that the driver did not have a seatbelt on.

The officer charged the female driver with Unlawful Possession of Marihuana and not wearing her seat belt. 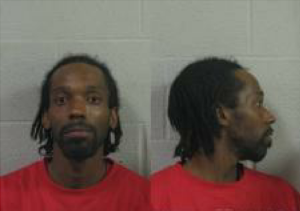