According to a press release from Sheriff Thomas Dougherty, Susan King, 43, was arrested for Forging an Inspection Sticker and Criminal Possession of a Controlled Substance in the Seventh Degree.

On May 12, 2017 Deputy Shawn Whitford assigned to ‘Operation Safe Interstate’ stopped a vehicle for an alleged vehicle and traffic law violation.

They then charged King with Criminal Possession of a Controlled Substance in the Seventh Degree.

King was turned over to Central Booking Deputies at the Livingston County Jail for processing and pre-arraignment detention. 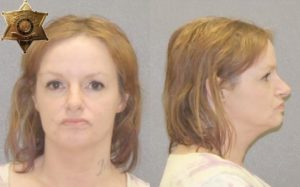