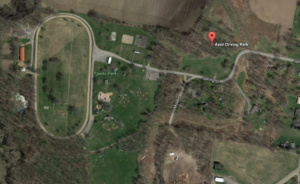 AVON – The Village of Avon plans to sell 30 acres of trees at the Avon Driving Park in anticipation of their untimely deaths due to Emerald Ash Borer (EAB).

EAB is a nasty and notorious beetle whose larvae have destroyed hundreds of millions of ash trees in the U.S. since 2002. The bugs have been discovered in Avon, and New York State advisers to the Village say that 80 percent of the ash trees in the park are doomed.

“As it has been explained to us, the general rule is that ash trees are infected and there is no cure,” said Avon Mayor Tom Freeman. “The plan is to log them while they are still valuable and hope to break even.”

Freeman said that it will be important to act fast, too. The DEC says that most trees die within two to four years of becoming infested.

“When the trees die they become so brittle, they become nothing more than widowmakers,” said Freeman. “Loggers will not go into dead woods like that. They know it to bee too dangerous to be worth their time.”

However, the plan does not stop there.

“Part of our goal is to rebuild the forest,” said Freeman. “We are working at every step of the way with the DEC and foresters. It will be an opportunity to plant a diverse group of trees there instead of monoplanting, which as we are seeing makes the whole park vulnerable when one disease comes along that affects the majority of our trees.”

No specific dates are set for logging operations to begin. The next step is to identify a logging company that is willing to cut the trees and buy the lumber.