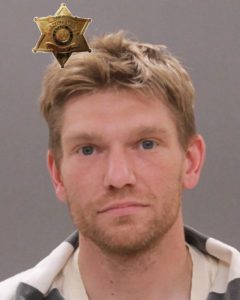 An Avon resident was arrested on felony possession of stolen property charges.

On August 24, 2020 at approximately 7:35 am, Sheriff’s Deputies responded to an address on East Avon – Lima Road for a suspicious condition complaint. It was reported that a school bus with Pennsylvania license plates was on the property and the caller did not know why it was there. Investigating Deputies contacted the owner of the bus company in Sarver, PA who confirmed that the bus had been stolen and there was no legitimate reason as to why it would be in Avon, NY.

Further investigation revealed that 30 year old Justin M. Preedom had been in Pennsylvania and stole the bus to drive back to his home in Avon. Preedom was arrested and charged by Sheriff’s Deputies with felony Criminal Possession of Stolen Property in the 2nd Degree, a class C felony, as the value of the bus exceeded fifty thousand ($50,000) dollars. Livingston County Sheriff’s Investigators are continuing to work with Law Enforcement in Pennsylvania where there is a potential for further charges.