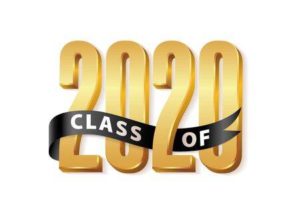 Late this spring, Worcester Polytechnic Institute (WPI) celebrated the Class of 2020 with a socially distanced commencement season in place of its traditional 152nd Commencement exercises. Elizabeth Younger of Avon, N.Y., was awarded a bachelor of science degree in biomedical engineering with high distinction.

Since the Class of 2020 was unable to receive diplomas in person this year, they instead received personal commencement packages, mailed to their home, that that included their diplomas, commencement regalia, and other items to celebrate their successes, as well as a congratulatory video message from President Laurie Leshin. In total, WPI awarded 1,043 bachelor’s degrees, 674 master’s degrees, and 54 doctoral degrees.

In her video message, Leshin made the traditional Commencement walk to the WPI’s iconic Earle Bridge, which students walk over during New Student Orientation and then again when they graduate. She then stopped, turned, and told graduates, “You should be here. But make no mistake: Today is still your day. You’ve walked this bridge together once, and you will walk it again. I can’t wait to see you do just that. Until then, it’s my honor to wait for you.”

WPI plans to hold in-person undergraduate and graduate Commencement ceremonies in the future, at a date to be announced.

WPI, a global leader in project-based learning, is a distinctive, top-tier technological university founded in 1865 on the principle that students learn most effectively by applying the theory learned in the classroom to the practice of solving real-world problems.