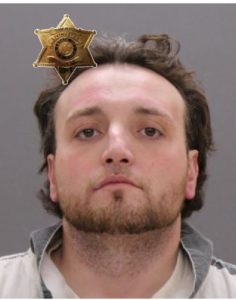 Sheriff Thomas J. Dougherty reports the arrest of an Avon resident on felony charges following an investigation by the  Sheriff’s Office.

On October 16th, 2021 Deputy Jason Page responded to a residence on Hillside Drive, in the Town of Avon, for the report of a firearm  that had been stolen from the residence.

It is alleged through the investigation that Ryan M. Arner, age 35 from Avon, NY, did steal the firearm from the residence before  selling it to a third party.

Deputies did recover the stolen firearm through the investigation.

Arner was turned over to the Central Booking Deputies at the Livingston County Jail for processing and pre-arraignment detention. The District Attorney’s Office was contacted in regards to bail due to the felony level charges. It was recommended that Arner be held  without the possibility of bail, due to him having two previous felony convictions.

Assisting with the investigation for the Sheriff’s Office was Deputy Bradley Little and Deputy Michael Wade of the Patrol Division  and Investigator Shawn Whitford of the Criminal Investigations Division.