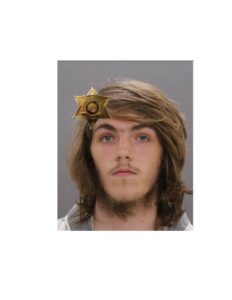 Sheriff Thomas J. Dougherty reports the arrest of an Avon resident on Felony Criminal Mischief charges following an investigation by the Sheriff’s Office.

On September 20th, 2022, at around 11:20 am, Sheriff’s Deputies responded to an address on Lake Road, in the Town of  Avon, after receiving a call for a domestic dispute that was taking place. The investigation alleges that Justis D.  Rowlinson, age 19, of Avon, had damaged a vehicle during an argument with several family members. During the dispute,  Rowlinson allegedly kicked the car, causing several dents in the doors. During the discussion, Rowlinson also brandished a screwdriver and threatened to kill one of the victims.

Rowlinson was arrested and charged with Felony Criminal Mischief in the Third Degree and Menacing in the Second  Degree.

Rowlinson was transported and turned over to Central Booking Deputies at the Livingston County Jail for processing and pre-arraignment detention. The District Attorney’s Office was contacted regarding bail due to the felony charges. It was recommended that Rowlinson be held on $750 cash bail.