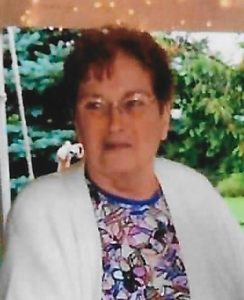 Marcia is survived by her 4 children; Timothy (Deborah) Quinlan of Mumford, Kimberly Quinlan, Kathleen (Brett) Bennett, and Daniel (Christine) Quinlan all of Avon.  Her love and memory go on in her grandchildren and great-grandchildren; Christopher Batzel (Sara Forsythe), Holly Batzel, Jessica Bennett (Doug Lynden), Courtney (Kevin) Hacker, Katelyn (Benjamin) Knickerbocker, Cody Bennett, Ashley Quinlan, Zachary Quinlan, Jason (Christine) Klein, and Lisa (Scott) Mielke, as well as her 10 great-grandchildren with the 11th one due this June.  Also survived by brothers & sisters, many nieces, nephews, many dear friends, and her grand kitty Ruari who kept a vigilant watch over her Grandma in her final days.

Marcia was a stay-at-home Mom while raising her four children.  In later years she was an in-home caregiver to people in the community of Avon.  She enjoyed her beautiful flowers, animals she had throughout her life, long conversations on the phone catching up with family, family holidays, drives to Naples to go for lunch at Bob and Ruth’s, and to bring home a grape pie.  She dearly missed her husband Kevin, and was ready to join him as well as others that passed before her and held a special place in her heart.

Our deepest gratitude to Livingston County Hospice, especially Brandi and Anna, for all the loving care shown not only to Marcia but to our family as well.  Thank you to Dr. Richard Aguirre and staff for always being there. The compassion and care for Marcia will never be forgotten.

Marcia’s Funeral Mass will be held at 1pm on Friday, April 22nd, at St. Agnes Catholic Church, 96 Prospect Street, Avon, NY.  Burial to follow at St. Agnes Cemetery, Avon.  Memorial contributions may be made in her memory to the Muscular Dystrophy Association, PO Box 97075, Washington, DC 20090-7075.  To send a condolence or share a memory please visit:  www.doughertyfuneralhomes.com