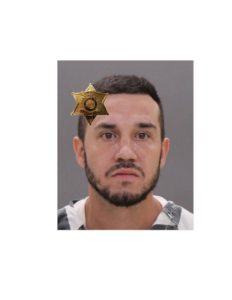 Sheriff Thomas J. Dougherty reports the arrest of an Avon resident on Felony Criminal Mischief charges  following an investigation by the Sheriff’s Office.

On May 14th, 2022 Deputies responded to an address on Stone Hill Road in the Town of Livonia, after receiving a call for  someone breaking a door to gain entry to a residence. Deputies did respond and took the male, Charles J. Sutton, age 32  into custody on unrelated charges that occurred in another township. Sutton was processed on the unrelated charges,  while Deputies continued their investigation into damaged property.

On May 15th, 2022 Deputies were able to obtain an estimate for the damage that Sutton caused, and began attempts to  locate him with negative results. As Deputies were unable to locate Sutton, a Warrant for his arrest was issued.

On July 17th, 2022, Sutton was located by Sheriff’s Deputies in Avon, at which time he was taken into custody on the  Arrest Warrant for Felony Criminal Mischief in the Third Degree.

Sutton was transported and turned over to Central Booking Deputies at the Livingston County Jail for processing and  pre-arraignment detention. The District Attorney’s Office was contacted in regards to bail due to the felony level  charges. It was recommended that Sutton be released on his own recognizance, as the charge does not qualify for bail  under the New York State Justice Reform Act.