AVON – The Avon Inn will open her doors on a New Year’s party designed to ‘bring glamour back.’

The Inn plans ‘a party worthy of her history and grandeur’ starting at 7 p.m. New Year’s Eve. It will be a celebration of the nearly 180-year-old building, not just as a National Historic Landmark and Livingston County treasure, but as a long-standing beacon of class and hospitality for guests from near and far.

“Our theme is ‘Past, Present and Future’ and our byline is ‘Bringing Glamour Back.’ They don’t make parties like this anymore!” posted the Avon Inn. “From the moment you exit your car at our new side entrance and the valets whisk away with your car, you will go back in time when the parties were opulent and elegant. From the décor and floristry of Bradley James Designs to the amazing four-course meal featuring filet and crab cake from the Rabbit Room, this party will offer the best of everything Livingston and Monroe County has to offer.”

There will be a red carpet, ‘paparazzi,’ coat check, string quartet during the two-hour cocktail hour with stations and hand passed hors d’oeuvres, complimentary psychic readings and dancing and entertainment by Sound Express Entertainment. Followed up by a slew of delectable treats from their nationally renowned neighbors, The Cake Place.

The Inn’s event space will be open for good after the party. In April, it will will open 14 Upscale Boutique Hotel Rooms.

The Inn posted a refresher on the Inn’s history.

Built circa 1840, the Inn was originally built as a private residence for Jonathan Gerry, a successful grower of broom corn. After 1866, it was operated as a health care center as the water from the Sulphur springs was thought to cure ailments such as rheumatism, malaria and other conditions. One of the many ‘firsts’ at the Inn were the first central heating system in the Genesee Valley, the first elevator in Upstate New York and the site of the first bank in Livingston County. In 1910, began operating as an Inn and was host to the likes of George Eastman, Henry Ford, Thomas Edison, Harvey Firestone, Mrs. Franklin D. Roosevelt and Katherine Hepburn. Over the years, the Avon Inn has been host to hundreds of weddings and special events. Under new ownership in 2016, the Inn has been undergoing a major facelift and renovation to bring her closer to her original layout. From the bathrooms to the exterior, every inch of the event space is being addressed to make it period correct yet functional for today’s travelers or event planners needs. 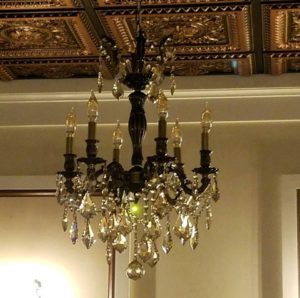