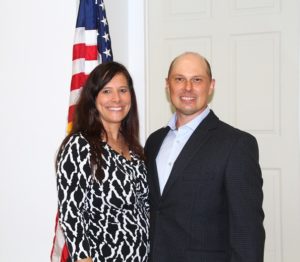 AVON – One of the Village’s historical flagships could receive a half a million-dollar facelift at the hands of one of the Inn’s former residents.

The Village of Avon unanimously voted to formally apply for a $500,000 grant as part of the Restore NY Communities Initiative on Friday, Sept. 30. The money, if granted, would help Avon native and contractor Jim Krause and his wife Jennifer breathe new life into the 106-year-old Inn as full-time caretakers, taking the torch from Linda Moran.

“My first job was at the Avon Inn, as a dishwasher,” said Jim Krause. “Linda was my neighbor. I worked for her doing general maintenance. One of the first things that she showed me was how to climb up on the roof and spot leaks. I am intimately familiar with the building, and it is such a privilege to care for it, and hopefully prepare it for the next 100 years.”

The Avon Inn is by no means defunct. It continued to be a popular restaurant, venue and place to stay under Moran’s watchful eye until October 2015, when she temporarily closed it to seek a new caretaker. The Krauses said that they need to make a few touch-ups before fully opening doors again. That time will likely come in 2018.

“It will be an inn, wedding venue and bar with food,” said Jim Krause. “We’d of course like to open up rooms as soon as possible, but we want to do it right and so it will take time.”

But for the community, the reopening cannot come soon enough. More than 20 local residents and representatives of Village and County historical societies attended the public hearing at Monday night’s Village Board meeting to voice passionate support for the restoration project.

The decision to approve or deny the grant will come down from New York State in December.

“I have purchased some pretty tired buildings, mostly in Brockport, Fairport, mostly Monroe and Genesee Counties, mostly residences,” said Krause. “We are so happy to have Avon’s encouraging support as we start to work on this one.” 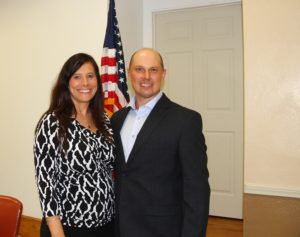