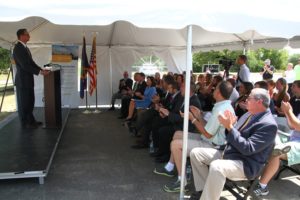 About two dozen members of Avon Central Schools, the Avon community and the NYS government attended the ceremony, huddled under a white tent in the school parking lot while the sun blasted the activated solar panels a stone’s throw away. Avon Superintendent Dr. Aaron Johnson, with retired Superintendent Bruce Amey looking on, said that the solar field was produced at no cost to taxpayers, serves as an educational opportunity, will completely power the school and might actually have a little juice left over for local residents.

“The energy is more than the school currently consumes, giving Avon room to grow, or could give us the option to share this resource with some of our neighbors,” said Johnson. “Our students in local clubs have already started taking advantage of this opportunity to learn more about the benefits of sustainable energies, how they’re produced, and the benefits that go along with that.”

“This project provides the road map for other communities and other districts,” said Hochul. “You are the first, you are the biggest, and I’m going to say you’re the best,” said Hochul. “A project like this can improve the community, the school district can save money, but also what we’re doing as stewards of our environment. As stewards of the environment, we have a responsibility, a moral responsibility, to protect our environment for future generations.”

Hochul said that Governor Cuomo’s plan is to have 50 percent of New York State’s energy come from renewable resources by 2030. New York State is now ranked fourth in America for number of jobs in solar industries, with 8,200 employed in solar energy production.

New York State is investing in the largest solar field in America at Solar City.

Johnson said that the field’s 10,000 solar panels are currently working to generate 1.9 million kilowatt hours of electricity per year, over the school’s annual requirement of 1.5 million kilowatt hours. Harvesting power this way prevents 930 metric tons of greenhouse gases from being used to produce the same energy. That is roughly the equivalent of taking 200 cars off of the road.

However, John Rhodes, President and CEO of NYSERDA said that the solar field is only Avon’s latest giant leap in a long history of small steps towards renewable energy.

“This is a crowning achievement, but you have long been involved in renewable energy,” said Rhodes. “You experimented with a smaller, not small, but smaller solar panel on the roof of your school and continued to reduce your carbon footprint.”

“I am so impressed by what is going on here. I feel like I’m seeing the future,” said Hochul. “And it’s not just energy, it’s not just about protecting the environment. It’s also about pointing the way to jobs. I’m glad that there are students here today who appreciate that this is just an emerging field. I guarantee you, when I was your age, we did not talk about solar panel installations, fabrication or engagement in the industry whatsoever. It didn’t exist. That’s what’s exciting.” 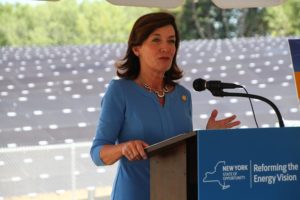 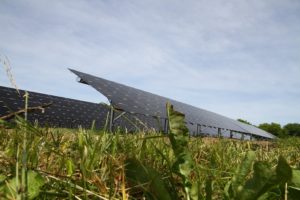 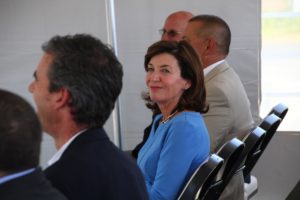 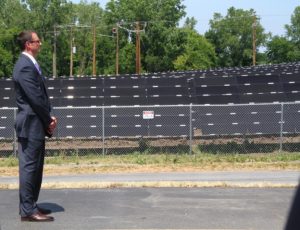 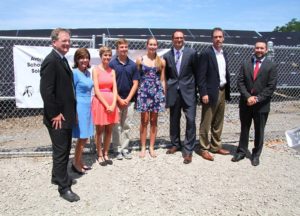 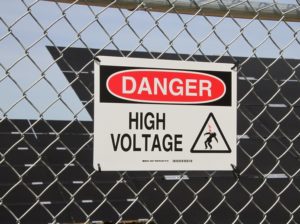 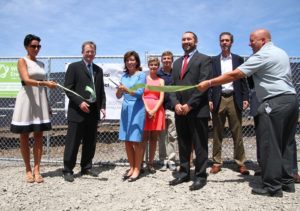