007: Family Values in the British Secret Service Skyfall, dir. Sam Mendes, with Daniel Craig, Javier Bardem and Naomie HarrisAt least in terms of the sheer number of feature films, James Bond is probably the number three cinema franchise of all time, if you consider those based on individual characters, although he’s well behind the two top contenders, Dracula and Jesus Christ.  There are now approaching 30 feature films alone, counting … END_OF_DOCUMENT_TOKEN_TO_BE_REPLACED

Addict and hero: Denzel Washington, flying under the influence Trailers for the new "Denzel Washington flick," Flight, directed by Robert Zemeckis, are quite vivid on the plane crash disaster part of the film, and coyly vague about everything else. As a result, I halfway expected it to start off like a typical Hollywood disaster flick, ramping up happily to an airborne, warp-speed Poseidon Adventure. It doesn't quite, though. Instead, it starts … END_OF_DOCUMENT_TOKEN_TO_BE_REPLACED 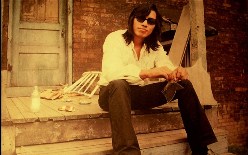 Bigger than Elvis - on the other side of the world I have a major fetish for really great songwriters.  Bob Dylan, Tom Waits, Joni Mitchell, Randy Newman, Jacques Brel, Stephen Sondheim, for starters … the list is exclusive, but it’s not terribly short.  I consider myself to be something of a scholar in this area, or at least a really serious connoisseur.  So I’m baffled and somewhat embarrassed to admit that, prior to this week, … END_OF_DOCUMENT_TOKEN_TO_BE_REPLACED 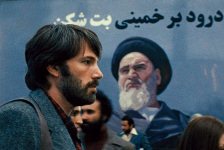 The CIA does Hollywood Argo, the current film directed by and starring Ben Affleck about the 1980 Iranian hostage crisis, addresses one of the two massive foreign policy debacles of late 20th century, the other being the Vietnam War.  Both episodes have their roots in the same murky cold-war era; and at this point, both are massive examples of collective amnesia, and a virtually complete re-writing of American history.  A … END_OF_DOCUMENT_TOKEN_TO_BE_REPLACED UPDATE BELOW AT: 6:01 PM LIVINGSTON COUNTY— According to an email message sent Wednesday from the Steve Sessler campaign, the Geneseo attorney and challenger for the Republican nomination will mount a show-in-force for Thursday night's Republican Committee meeting, when the Party plans to settle its deadlocked primary election for Livingston County District Attorney.  The email message asks supporters to attend en masse, and it asks … END_OF_DOCUMENT_TOKEN_TO_BE_REPLACED

UPDATE: 5:21 PM LIVINGSTON COUNTY — The seesawing contest for the Republican nomination for District Attorney entered a new phase Friday, with the release of Supreme Court Judge John Ark's decision on six contested absentee ballots, apparently bringing the contest, yet again, to a tie.  The race between challenger Steve Sessler and the Republican Party's committee-endorsed candidate, Eric Schiener, was tied at an earlier point, after the … END_OF_DOCUMENT_TOKEN_TO_BE_REPLACED

The rich are people too!  Who knew? Movies with a Wall Street theme are fairly common, with examples running from the arguably serious Wall Street and The Bonfire of the Vanities to the “Prince-and-the-Pauper” themed comedy, Trading Places. There seems to be a recent flurry, however, with entries including last year's somewhat mystifying Margin Call and, circulating in some theaters now, Arbitrage, the Nicholas Jarecki film starring … END_OF_DOCUMENT_TOKEN_TO_BE_REPLACED 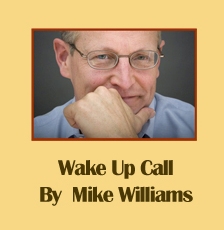 The Mother of All Elephants I am now back from a partly unplanned, extended vacation of sorts. Wake Up Call has languished, regrettably, since my “10 Elephants” screed a month ago. In that column, “A Roomful of Elephants,” I observed that the current political conversation, from the local to the national levels and especially including both parties’ presidential campaigns, is almost completely ignoring the really big, important issues we face … END_OF_DOCUMENT_TOKEN_TO_BE_REPLACED 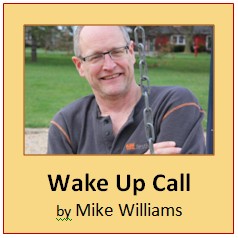 A Roomful of Elephants What's really wrong with America: Ten Elephants in the Living Room Last week I wrote about the “scandal overload” experience that I think is partly why our eyes tend to glaze over with every new major banking scandal. They’re hugely expensive, and raise crucial legal and political issues; and yet, I challenge any of my readers to find 20 people in Livingston County who can talk about the problem with any degree of … END_OF_DOCUMENT_TOKEN_TO_BE_REPLACED

UPDATE: Bank Bailout, 2008-2010 = $16 Trillion Bill calling for public audits of U.S. Federal Reserve Bank heads to Senate. Following up on my last column, Banking Scandal AD/OD, in this morning's news are reports of a bill that passed the U.S. House yesterday, a measure mandating public audits of the U.S. Federal Reserve.  The bill was opposed by all the top House leadership of both parties but passed anyway, with strong bi-partisan … END_OF_DOCUMENT_TOKEN_TO_BE_REPLACED