GENESEO — The Association for the Preservation of Geneseo (APOG) is hosting the 19th annual APOG Wine and Beer Tasting on June 13th at the home of Bob and Julie Meyers, 79 Center Street, in Geneseo, from 7pm until 10pm. Proceeds from the event support various APOG programs throughout the year. Most recently, proceeds from the event supported the installation of the Brown National Historic Landmark District street signs throughout the Village … END_OF_DOCUMENT_TOKEN_TO_BE_REPLACED 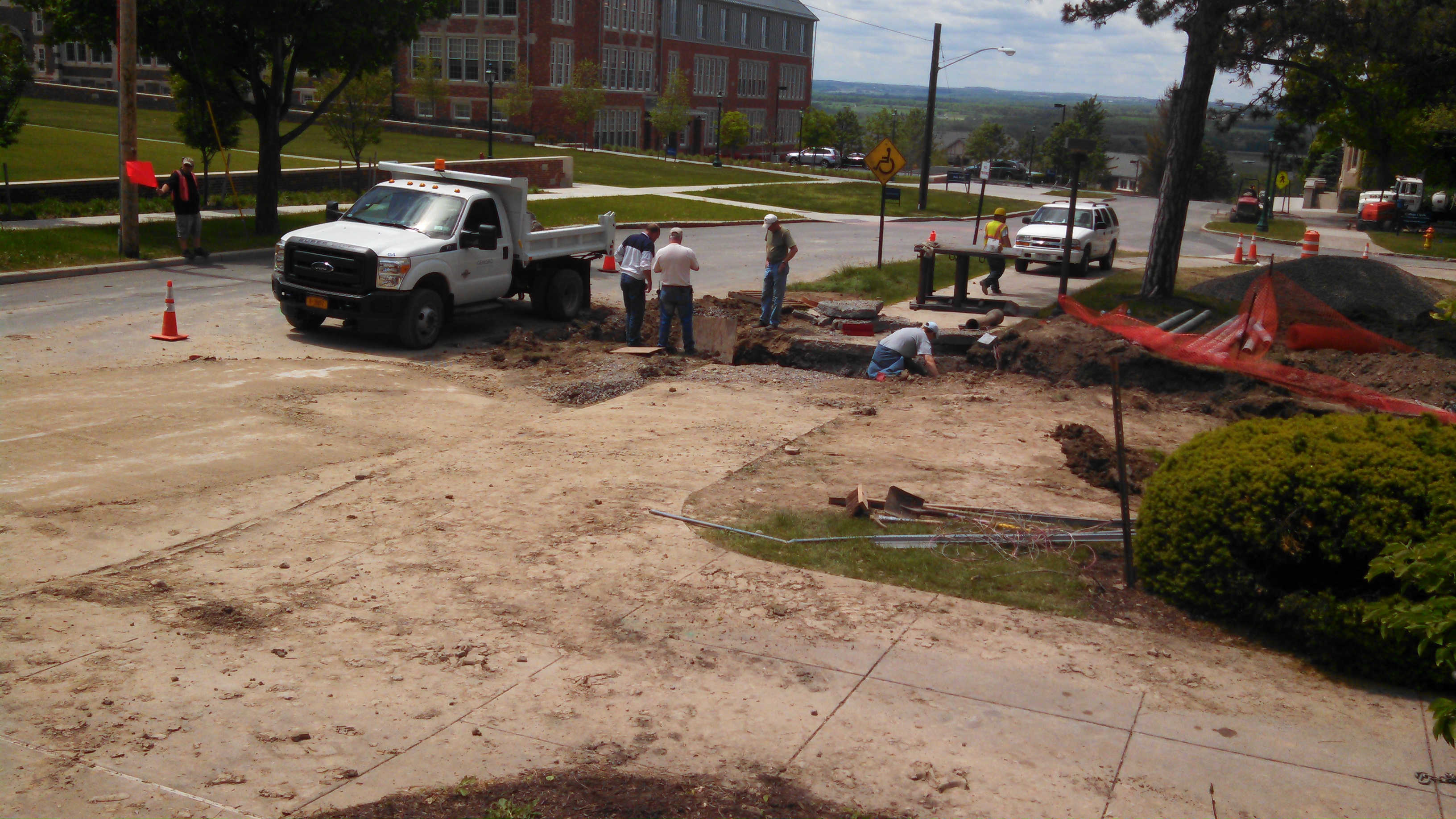 GENESEO — A construction crew ruptured a gas line while working near Bailey hall this morning. "The gas leak was first reported at 7:58 a.m. this morning and University Police were the first authorities on the scene," said David Irwin, Director of Media Relations and Senior Communications Manager for SUNY Geneseo. "Repair crews arrived about 8:30 a.m. and it was fixed by 10 a.m." The response from campus security and emergency alert … END_OF_DOCUMENT_TOKEN_TO_BE_REPLACED

GENESEE VALLEY — United States Representative Chris Collins joined Representative Tom Reed this week as a co-sponsor of the Conservation Easement Incentive Act, H.R. 2807. Reed and local politicians have sponsored the Act for some time now, but with the new support of Collins the program has really gained momentum. Collins' commitment to the program follows a recent visit to Washington by Executive Director of the Conservancy Ben Gajewski. "As … END_OF_DOCUMENT_TOKEN_TO_BE_REPLACED

DANSVILLE - Noyes Hospital will host the Grand Opening of The Mary Saunders Beiermann Emergency Department (ED) on June 6th at 10am. The new ED is 10,000 square feet, a huge expansion from the current ED, which is only 3,000 square feet. "This is actually a new build," said Noyes Director of Public Relations Cynthia Oswald. "Our existing ED will be used as an observation room attached to the new ED." The hospital staff and emergency care … END_OF_DOCUMENT_TOKEN_TO_BE_REPLACED

GENESEO —  The Livingston County Historical Society is hosting free practice croquet matches throughout region. Starting May 27, 2014 and continuing through mid-July, the sessions will follow a version of croquet called Backyard Croquet or Nine Wicket. “We thought it would be a good idea to take the game of croquet on the road to Livingston County towns," said  Livingston County Museum Administrator Anna Kowalchuk. "We hope to see many of our … END_OF_DOCUMENT_TOKEN_TO_BE_REPLACED

LIMA - A severe structure fire occurred at the home of Richard G. Willson, 7146 College Street in the Village of Lima last night just after midnight. According to a press release from Livingston County Sheriff Thomas Dougherty, the intense fire destroyed a great deal of the house before being quickly extinguished by fire units from Lima, East Avon, Livonia, and Honeoye Falls-Mendon. "Willson did sustain third degree burns to his right foot and … END_OF_DOCUMENT_TOKEN_TO_BE_REPLACED

VICTOR — Local middle and high school  students from the Young Entrepreneurs Academy (YEA!) class of 2014 will reveal over 50 new start-up businesses to the public at the YEA! Rochester Area Trade Show on Saturday, May 31st from 10 AM until 1PM at Eastview Mall. "The program takes students through the process of creating a real business," said Sarah Bukoweic, YEA! Senior Project Coordinator, "Not only do they create a real business but they … END_OF_DOCUMENT_TOKEN_TO_BE_REPLACED

LIVINGSTON COUNTY — A recent crackdown on welfare fraud has led to multiple arrests. According to a press release from the Livingston County Sheriff Thomas Dougherty an investigation in conjunction with District Attorney Greg McCaffery, and Department of Social Services Commissioner Diane Deane report numerous people were charged for defrauding the Social Services system. The release states that back in January, a meeting was held at the … END_OF_DOCUMENT_TOKEN_TO_BE_REPLACED