LIVINGSTON COUNTY – The Rochester Judge at the center of explosive Rochester media coverage is moving in for another stay at the Livingston County Jail.

It is a common practice when public officials go into custody to hold them in a neighboring county’s jail for the safety of the official and that county’s facility.

Judge Astacio was arrested in February 2016 for DWI after a crash on I-490. She was convicted of DWI in August 2016 and received a conditional discharge. As part of that sentence, she was ordered not to drink alcohol for at least one year, and an ignition interlock device was installed in her car at her expense.

However, on April 29, the ignition interlock device installed on her car registered a positive test for alcohol. The prosecutor in the case alerted the court about the positive test in a letter dated May 10.

On May 15, Judge Stephen Aronson, a Canandaigua City Court Judge assigned to the case to avoid conflict, wrote a letter to the prosecutor and Astacio’s lawyer, Ed Fiandach. Fiandach says the letter was informing the defense that there was no violation of Astacio’s sentence, but Aronson did order Astacio to submit a urine sample to her doctor or a testing agency in Monroe County.

At that time, Judge Astacio, according to Fiandach, was living with monks at a monastery in Thailand.

According to Fiandach, Aronson issued a court order on May 26 that told Judge Astacio to be in court on May 30. The purpose of that court date was to deal with the fact that Astacio had not done the court-ordered alcohol test.

Astacio was in Thailand and missed the May 30 court date. Aronson issued a bench warrant for her arrest. On the same day, Judge Astacio’s supervisor, Judge Lawrence Marks, wrote her a letter ordering her back to Rochester on Monday, June 5.

On June 5, Astacio returned to the Hall of Justice and was arrested by Rochester Police. At a court appearance that afternoon, Judge Aronson offered Astacio a deal: plead guilty to a declaration of delinquency, get 45 days in jail and two years probation.

Astacio turned down that offer.

Astacio was later found to be in violation. She was resenctenced and is now facing another allegation that she consumed alcohol.

Astacio still holds office and still collects $173,000 per year in that capacity. 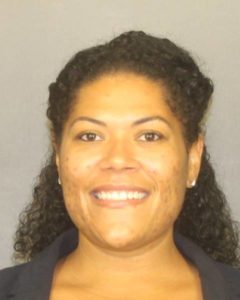