Errigo, who is currently the elected 133rd New York State Assemblymember, is currently in the middle of a re-election race against Marjorie Byrnes in the Republican Primary.  The normally easily accessible Errigo has not returned numerous phone calls from the GeneseeSun.com.

In early June his opponent, Marjorie Byrnes participated in a Sunday Cup of Coffee interview which is a cordial talk where the voters have an opportunity to learn more about the candidate. Errigo was invited to be a guest on multiple times and has not yet responded in over a month.

UPDATE: Errigo was at last night’s Village of Avon Ribbon Cutting ceremony where he read a script,  however, he did not conduct any interviews. 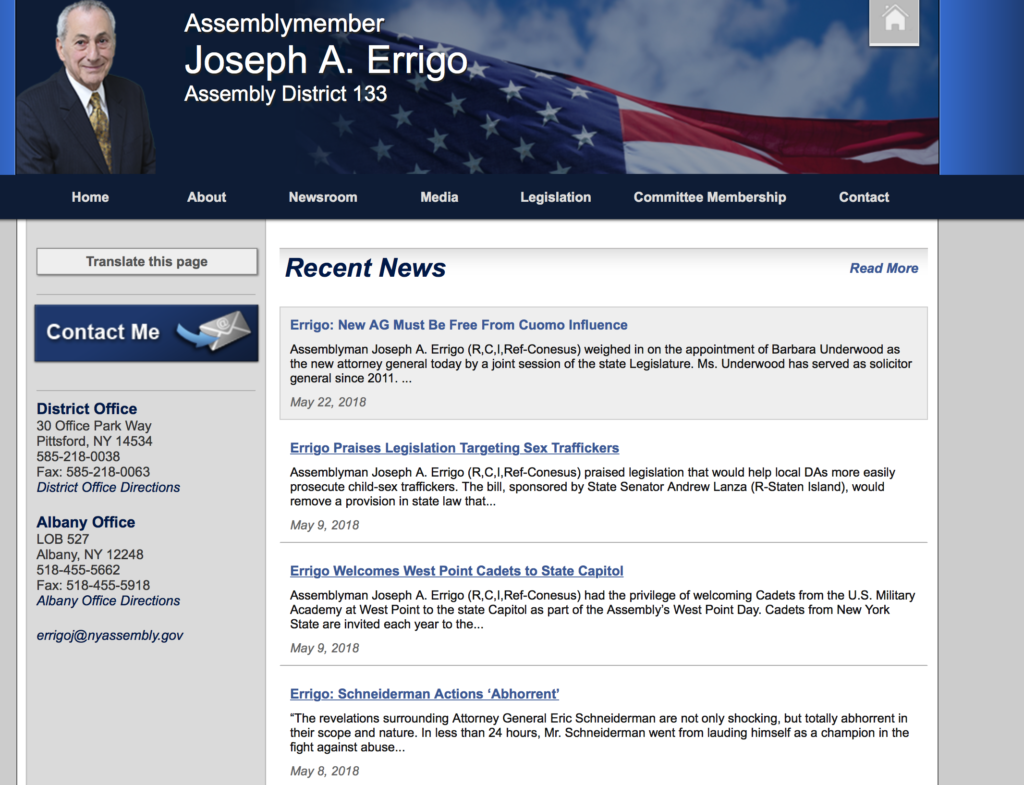