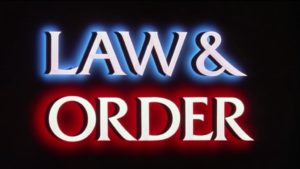 The Republican lead Assembly Minority is demanding New York State to reverse what they are referring to as “dangerous policies that have continuously compromised public safety and undermined the ability of law enforcement agencies to do their jobs as violent, and often deadly, incidents increase across New York state.”

They are calling for the immediate reversal on new laws eliminating bail in most arrests, reestablishing judicial review and halting policies that return criminals to the streets rather than taking the necessary steps to protect them from COVID.

“Sadly, we have approached the moment in time we warned against when calls for disastrous bail reforms first started. Pro-criminal directives and an erosion of law and order have made our communities more dangerous,” said Assembly Minority Leader Will Barclay. “In one week there were 101 shooting victims in New York City. In Syracuse, a man was charged with attempted murder for shooting at another man and an 11-month-old child outside a store. In a matter of 72 hours, 13 people were shot and another was stabbed in Rochester. The list is long; the list is horrifying. The pendulum has swung too far to the side of the criminals and innocent victims are paying the price. We cannot continue along this path.”

In addition, it has been reported that of the nearly 1,500 prisoners granted early release from Rikers Island due to possible concerns associated with the COVID-19 outbreak, 13 percent have been re-arrested.

“From one end of the state to the other, residents are waking up to learn there was another shooting in their community. With each new call to defund the police, morale within the ranks of police departments from Buffalo to New York City grows even more dire. And as if fighting COVID-19 wasn’t difficult enough, we’ve learned prisoners released early because of the virus have been re-arrested in staggering numbers. Talk about fueling the crime-wave fire,” said Assemblyman Joseph M. Giglio (R,C,I-Gowanda), the Conference’s ranking member on the Committee on Correction. “It is time for the state to fully repeal poorly-executed bail reform measures, stop early releasing of prisoners because of the coronavirus, restore judicial discretion and support law enforcement’s efforts to protect our communities and get dangerous criminals off the street. Given what we are now witnessing, anything less is reckless.”

Years of liberal-driven legislation and policies have emboldened criminal behavior, scaled back penalties and undermined the authority of law enforcement agencies to provide public safety for the communities they serve. Democrats have advanced or supported dangerous initiatives including:
* raising the age of criminal responsibility;
* allowing bail reform to establish a revolving door for career criminals;
* stripping duly-elected judges of their ability to exercise discretion;
* allowing public disclosure of unsubstantiated and false claims against police – while prohibiting mugshots of criminal suspects;
* defunding police budgets which will result in fewer officers; and
* requiring all police officers to carry personal liability insurance in the event of lawsuits.

“We have constantly pushed back against bail reform measures that have stripped judicial discretion when assessing defendants. Judges are in a position to see the allegations, look at the history of the defendant and assess,” said Assemblyman Angelo Morinello (R,C,I,Ref-Niagara Falls). “Once again, we call upon our governor and legislative leaders to open discussions regarding policies that not only protect defendants, but also victims and citizens.”

“Unlike many of my colleagues in state and city government, I have actually worn the uniform of a New York City Police Officer. I have put the vest on, worn the gun belt and made the arrests. Those in leadership today do not understand what is going on in the streets,” said Assemblyman Mike Reilly (R-South Shore). “The people in the community I served wanted the police in their community. Why? Because we were the line between chaos and order. I believe the silent majority of New Yorkers still want the police to protect that line. Unfortunately, that line has been blurred because of agenda-driven policy making.”

If New York is going to get control of this horrific increase in gun violence it’s going to need to rethink the dangerous policies that facilitated these crimes. The Assembly Minority Conference stands ready to work with members from both houses and parties to address this growing issue.