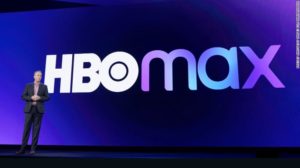 Saying it is going right after Netflix HBO MAX is looking to get $15 a month from you.

Starting today, its parent company AT&T is budgeting a whopping $4.5 billion with the goal have having 50 million subscribers by 2025.

Viewers will have immediate access to such popular shows like “Game of Thrones,” and “The Sopranos.”  It will also include popular TV shows such as “Friends” and “The Big Bang Theory.”

Netflix charges $9 while another relative newcomer, Disney Plus wants $7 a month.

But HBO Max is promising to burst with delectable treats for a multitude of viewers.  For example, the latest high-profile exclusive is the fabled “Snyder cut” of the 2017 movie Justice League. Costing more than $30 million to remake, this alternate edit of the DC movie by director Zack Snyder will stream on the service in 2021.

If you’re already paying for HBO in some form already, the amount you’ll have to pay for Max could be cheaper.  That part is still unclear,