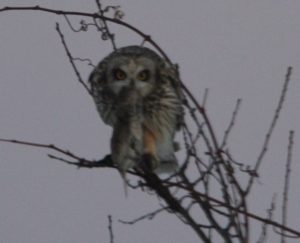 LIVINGSTON COUNTY – After last week’s spring-like thaw, arctic visitors seem to be enjoying a bounty of rodents despite the recent heavy snow.

Snowy owls, short-eared owls and rough-legged hawks have all been seen cruising and catching mice in Livingston County’s fields and meadows in the snow. As always, environmental and conservation authorities remind birders that these distinctive, charismatic birds live on a knife-edge that could tip them into starvation if over-stressed by humans.

“We are fortunate to have rare and beautiful birds spending time in New York during the winter, including the vulnerable snowy owl. We hope that birders and photographers will do their part to ensure the safety and success of these species,” says Jillian Liner, Director of Bird Conservation for Audubon New York. “Put the birds first and give them space. Flushing a bird from where it was perched causes them to waste critical energy which can have detrimental consequences. If you are patient, you will get the look and photo you are hoping for.”

Arctic raptors live most of the year in the high north, where in the winter there are no large trees and fields of snow stretch unbroken to the horizon in every direction.

Here, in their summer homes, they are sometimes seen on trees, fence posts, and utility poles. 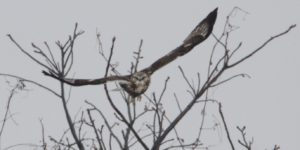 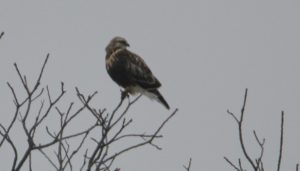 A rough-legged hawk on the lookout. (Photo/Conrad Baker) 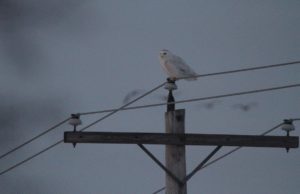 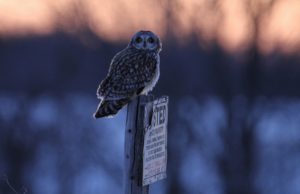 A short-eared owl takes a break after swallowing a mouse. (Photo/Conrad Baker) 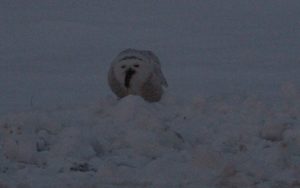