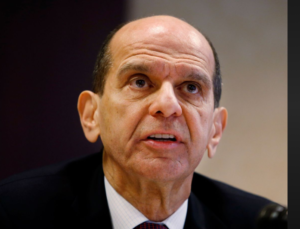 Attorney Mitchell Garabedian stated that Father Joseph Larabee, who worked at several different parishes within our area, was named in the latest sexual abuse case filed under the Child Victims Act.

According to the attorney, Father Larrabee spent time grooming children to ultimately abuse them during his time at several different parishes in the Diocese of Rochester.

Garabedian says Larrabee was ordained in 1980 and assigned to St. Mary’s Catholic Church in Dansville the following year. In 1982, Larrabee was reportedly moved to St. Agnes of Avon and, in 1984, he was said to have been moved to St. John the Evangelist Church of Greece and then the Church of Good Shepherd in Henrietta.

“This man has a track record of being shuffled,” said Garabedian. “Why did they keep him in Dansville for one year? Based on my experience, they shuffle these priests from parish to parish to parish because they want to get them out of Dodge.”

The attorney contends that some supervisor must have known that Father Larabee was hanging around the Avon public school system, driving underage students around to point out male prostitutes, having sleepovers at the rectory, taking them to tours of his apartment in Greece, New York.”

Two lawsuits filed in Livingston County early last month each allege that Larrabee lured victims to the rectory at St. Agnes and abused them. One of the lawsuits also alleges he lured a victim to the lake home of a friend.

“Out of respect for the court process, the Diocese is declining comment on lawsuits.”