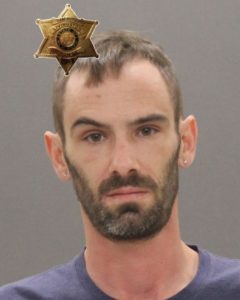 Sheriff Thomas J. Dougherty reports the arrest of a Nunda NY resident on drug related charges after a traffic stop on the Interstate.

On October 5, 2020 at approximately 8:25 pm Deputy Michael Wade, who was assigned to the Sheriff’s Office Operation Safe Interstate initiative, stopped a vehicle on Interstate 390 for a violation of the NYS Vehicle and Traffic Law.  The operator of the vehicle was identified as Bobby J. Szijarto, age 37. The Deputy Sheriff suspected that there was drug activity in the vehicle and conducted a drug investigation.

A records check also revealed that Szijarto’s driver’s license had been suspended a total of four (4) times.

On December 18, 2020 Deputy Michael Wade arrested and charged Szijarto with two (2) counts of Criminal Possession of a Controlled Substance in the Seventh Degree and Aggravated Unlicensed Operation of a Motor Vehicle in the 2nd Degree, after lab results revealed that the suspected drugs tested positive for fentanyl and cocaine.

Szijarto was turned over to Central Booking Deputies at the Livingston County Jail for processing and issued appearance tickets for the charges as the offenses did not qualify for pre-arraignment detention under the NYS Justice Reform Act.
Szijarto was provided a future court date and was released by Deputies.

It is to be noted that Deputies had also arrested Szijarto on December 3rd, 2020 for an alleged drug possession charge on Interstate 390 from an incident that occurred on October 13th, 2020. In that case Szijarto had been charged with thirty nine (39) plastic bags of suspected fentanyl and eight (8)
plastic bags of crack