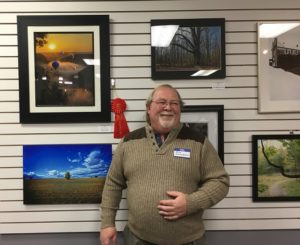 DANSVILLE – An anonymous sponsor footed the bill for a juried photography exhibit at Dansville ArtWorks that assembled extraordinary images at the gallery on Main Street.

According to a press release from Dansville ArtWorks, the juried exhibit meant that Christine Berry of Berry Campbell Gallery in Manhattan selected 37 pieces for the show, specifically recognizing three pieces as Best of Show. At the top was a photo entitled ‘Light Fest’ by Bettina Frost of Wayland.

“The stillness of this ‘action’ photo makes the viewer pause for a second look at what is really happening,” said Berry. “The sparks create a perfect lighting effect. This photograph successfully captures a moment–you can almost see, hear and feel what is next.”

The second place recipient was Richard Engelbrecht of Conesus, New York for his piece, ‘Dawn Launch.’ Berry called it a ‘classic.’

“The nostalgia of place and time is perfectly rendered in this crisp photo,” said Berry. “This is a classic.”

“Beauty can be found in unexpected places and ways,” said Berry. “The composition of the photo is perfectly balanced. The textures and colors of the subject matter add to the overall feeling.”

Attendees of the opening reception voted for ‘Out of Service’ by Travis Snyder, of Lima.

“We are thrilled to have received more submissions from more artists this year and to have partnered with a highly talented juror,” said ArtWorks Board President Nicole Alioto. “Likewise, attendance at our opening reception was significantly higher. Three of the four awardees are new to our venue, and we are pleased that our efforts to promote and sustain art in our community are fruitful.”

The exhibit will be on display through March 31 on Thursdays, Fridays and Saturdays. All pieces in the exhibit are available for purchase, and several of the participating artists are selling other photographs at ArtWorks during the exhibit’s term.

Dansville ArtWorks’ press release added that they are a 501(c)3 nonprofit organization whose mission is to cultivate and enhance the visual, literary and performing arts opportunities in the greater Dansville community. It is supported by community members and businesses and offers art workshops for adults and children, programs including Chalk Walk & ArtsFest and Fairy Doors of Dansville, and exhibition, consignment and performance opportunities. Anyone can contact Dansville ArtWorks at (585)335-4746 or dansvilleartworks@gmail.com. 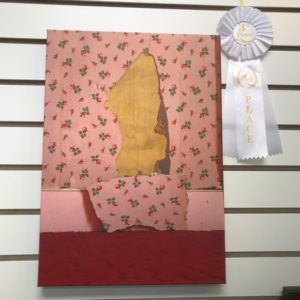 The piece in third place, ‘There’s a Thought.’ (Photo/Dansville ArtWorks) 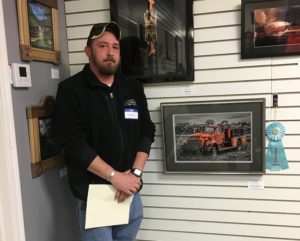 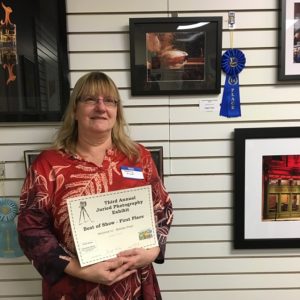