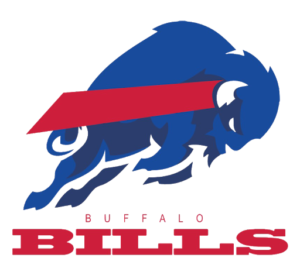 No doubt quarterback Josh Allen is controversial.  Ask Bills fans their thoughts and a good many believe he is the QB of their future.  Other sites refer to him as either “hopeful,” or as NFL.com states “a dark-horse MVP.”

The mass media newspaper “The Boston Globe”, had one of their top sports contributors rank from quarterbacks from first to worse (32).  Mr. Allen came in 28th!

But what do they know?  They aren’t even Yankee fans.

Seriously, the author of the Boston Globe article is Ben Volin.  Hi rankings included both starter and back-ups.

This is what he wrote about the Bills QBs.

“28. Bills: Josh Allen, Matt Barkley, Jake Fromm — Allen deserves credit for leading the Bills to a 10-6 record last year. But he has been brutal as a pocket passer, and the Bills won in spite of him. They could use an upgrade at backup, too.”

There is little doubt that Allen, based on last season, should be ranked higher.  But let’s consider something zealous fans may forget.

Yes, with Allen the Bill won 10 games last year.  However, part of that was the relatively easy schedule they had due to poor performance the year before.  In its desire for equality the NFL establishes schedules partly based on how a team performed the prior year.

Thus top teams are more likely to play other top contenders while poor teams bottom feed with other cellar-dwelling teams.

So guess how many teams the Bills beat last year that had a winning record?  None.   All ten wins came against teams that had a losing record,

That’s what makes this year so interesting.  If we have a complete schedule the Bills will face much stronger competition this time around.