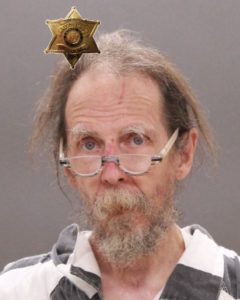 Sheriff Thomas J. Dougherty reports the arrest of a Livonia resident on felony criminal contempt charges after an investigation by the Sheriff’s Office.  It is alleged that 64 year old Russell H. Maurer has two (2) court issued orders of protection in place against him, one from the Town of Livonia Court and the other from Livingston County Court, ordering him to stay away from the protected party. It is further alleged that on September 2, 2020 at approximately 8:00 pm, Maurer went to the residence of a protected party violating the provisions of the court orders.

On September 4, 2020 Sheriff’s Investigator Josh Monster arrested and charged Maurer with two (2) counts of Criminal Contempt in the 1st Degree. The charges were felonies as Maurer has previous convictions for Criminal Contempt.
Maurer had been previously held at the Livingston County Jail up until September 2nd at approximately 1:30pm when he was able to post bail and was released. Maurer is alleged to have violated the stay away order of protection less than seven hours after his release.

Maurer was turned over to Central Booking Deputies at the Livingston County Jail for processing and pre-arraignment detention as the offenses did qualify for pre-arraignment detention under the NYS Justice Reform Act. The District Attorney’s Office was contacted in regards to bail due to the felony level charges. It was recommended that Maurer be held on $10,000 cash bail or $20,000 bond.