The race, also known as the Jenny Kuzma Memorial 5K run, is Saturday, Aug. 12. The race has a reputation of attracting the best of the best, but runners of all levels are encouraged to participate.

“I want everyone to show up” said Race Director Eric Boyce.

While the race is open to anyone, expect many of the local studs to show up. Past champion Hannah Davidson is slated to return, along with last year’s Men’s champion, Omar Boulama, and the Men’s third place finisher, Elliot Martynkiewicz.

“Hannah Davidson should be running if shes healthy” Boyce said. “Elliot Martynkiewicz is also running… he was on a tear earlier in the spring but then got hurt but he should be good to go for Bergen.”

The race will take place at Hickory Park in Bergen, and will begin at 8:30 a.m. 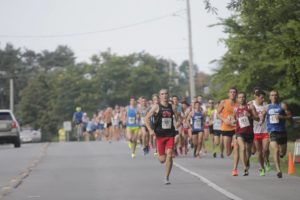